Success is fixed with full of determination 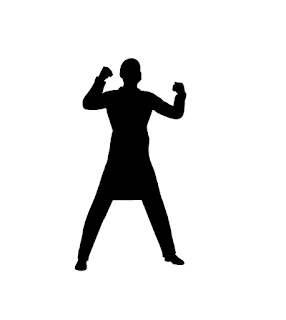 If we are prepared to observe errors of our nature and make necessary corrections in them, then more than three-quarters of life's problems are solved immediately. Instead of dreaming big dreams of success, if we follow a certain path after thinking with thought and with duty with full determination and intent on it, then mind will remain calm, its full powers will be used to fulfill goal and cross floor fast. It will go on From time to time, you will get happiness and satisfaction by seeing success that you get. In this way, your steps towards destination will continue to grow according to a systematic pace.

On contrary, if our mind is very imaginative, keeps building great palaces and golden palaces of great successes, and is eager for greatest success as soon as possible, destination will become very difficult. desire to see those dreams come so soon that labor and time required for it seem to be a form of weight. As days go by, restlessness increases and it is clear that a restless man can neither think of anything properly nor can do anything properly. His activity becomes incomplete, chaotic and chaotic. In such a situation, destination of success becomes more difficult and more suspicious. A rash man often loses his chances of success by hand.
Whose brain keeps colorful dreams of success every moment, if it is faced with failure then it feels heavy shock, heavy disappointment, heartbroken and courage to take any big step forward. Many times stroke of failure is so great that person commits suicide. Some students who failed exam commit suicide every year. Although matter is very mild. As a result of passing of 30-35 students out of a hundred, 65-70 percent have to fail where they live. When such unsuccessful students somehow get satisfied and start preparing for next year, then there is no special reason for those suicides that they are so disgusted that they commit such a disaster. But sentimentality is sentimentality. Suicide is not a big deal for those who have seen so many colorful dreams of success and deemed failure so terrible.
If human beings consider success and failure as two parallel lines and understand well that success in any field is not so simple that it must be accepted as sure and understand that such a profit will definitely be made in such a time. People who have achieved success have seen fewer dreams and made more efforts. Failures and obstacles are not considered unpredictable, but it is understood that only after defeating failure many times, when one shows his determination, then victory of success falls on his neck. They already go on thinking that we have to keep moving forward even in face of failure again and again and persevere in striving and making effort without any patience till day of success.
By Sana at November 07, 2019