Meaning of human life is goodwill towards all 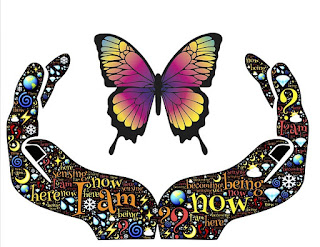 meaning of human life comes from its bright and stimulating character. Partners of social prestige are those in whom lack of character force is not found. credibility of people, which everyone believes in, falls on others. But based on eloquence, you can even teach a sly person. But ability to impress others, power to show people light of sunrise is in person of character. Character is homogeneity of thoughts and virtues. Whose views may seem to be seen, but ethos is always different, selfish, or those whose thoughts are full of deceit and deceit and have habit of performing act of sign worship in form of cheating, cheating others. Can be said basis of truth is will of will.

Those who keep their wishes under control and give them form of true, only those can be called character. Character is name of virtue, inspired by will of will, desire to earn rich wealth, luxurious house, horse-cart, fame, fame, etc. and enjoy various parts are found in common people. It is in this interest of children that a lot of wealth should be stored in succession for them. But they forget that wealth from which future children could not self-create? Money received in succession without labor is fatal. True fatherhood is ideal character of a person, through which children develop their talent automatically. ideal of bright character serves as pillar of light in life-making of a future child.
beauty, happiness, and peace of society are sustained by people of character. Everyone is afraid of vicious and vicious people. People feel ashamed and hesitant to approach them. Whoever comes in contact with them, they wrap them in fire of their misdeeds. Such a society is scorched by sorrow, discord, and bitterness. Despite many types of material possessions and worldly pleasures, people do not have peace. Most of people live their life with a grudge. All this is due to character deficiency.
basis of order of society is considered to be multiplicity of persons of bright character. Circumstances of happiness, peace, and satisfaction are formed by virtue of good people. Wherever atmosphere of love, affection, friendship, kindness, intimacy, and sympathy will remain, there is a feeling of happiness like heaven. Humans who naturally behave generously with others, have affection and a sense of benevolence leave a bright impression of their character on others as well. If this process continues continuously, emergence of heavenly circumstances starts in a particular place. Only by becoming a person's character can a true improvement in society. Only by becoming a person's character can a true improvement in society. Hence great importance of character has been accepted by all great men.
By Sana at November 07, 2019

Email ThisBlogThis!Share to TwitterShare to FacebookShare to Pinterest
Labels: Just for you, Sparkling Thoughts